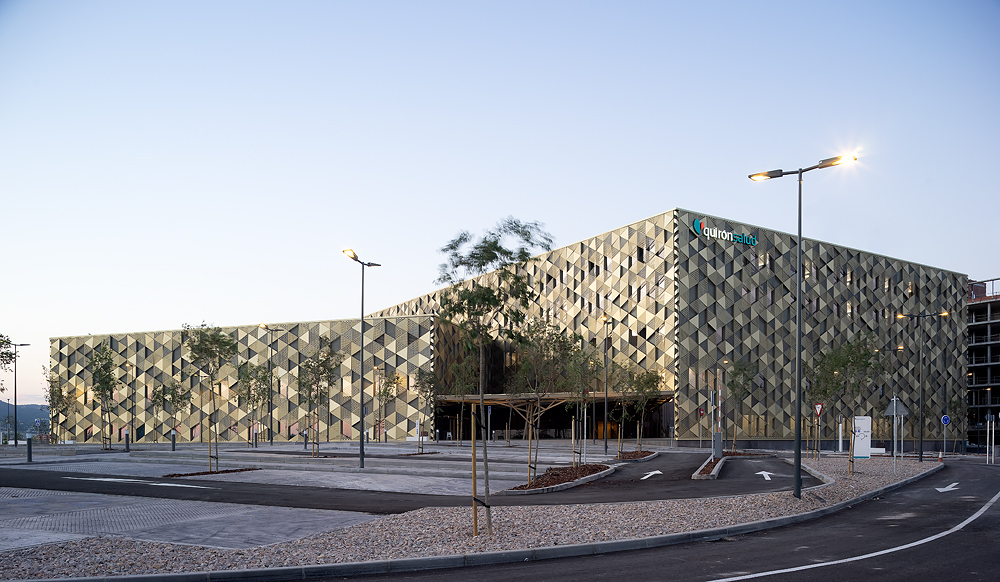 Cordoba Hospital follows a clear construction strategy: to weave the building into its urban surroundings while taking into account one key factor: the presence of Islamic-era archaeological ruins on the premises.

The complex is composed of two specialized buildings: the hospitalization area (the larger and taller structure) and a smaller outpatient zone.

Each building possesses a different orientation: one maintains its alignment with the eastern border of the property, while the other, in a gesture towards the pre-existing Islamic ruins, follows along its demarcation.. A pivot formed by the overlap of both bodies functions as the main entrance on one side and the emergency entrance on the other.

Internally, both buildings have been pierced in order to create two large patios. On the exterior, a metallic trellis, as a sort of second skin, envelops the building, tinging the light and promoting optimal energy conditions. Practically the entire construction was performed with the use of dry joints, with the exception of the principal structure, which was completed with reinforced concrete. 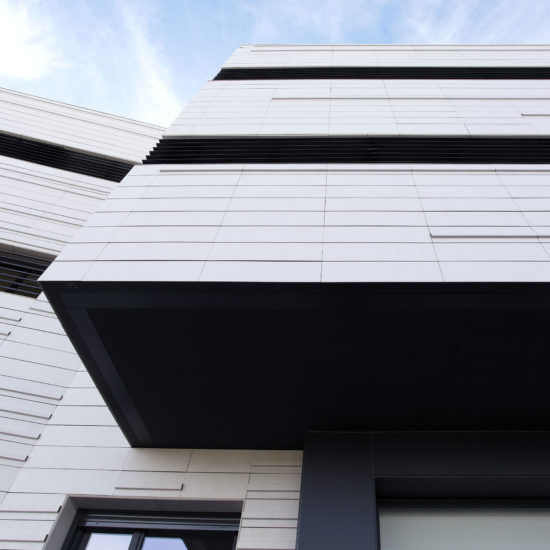