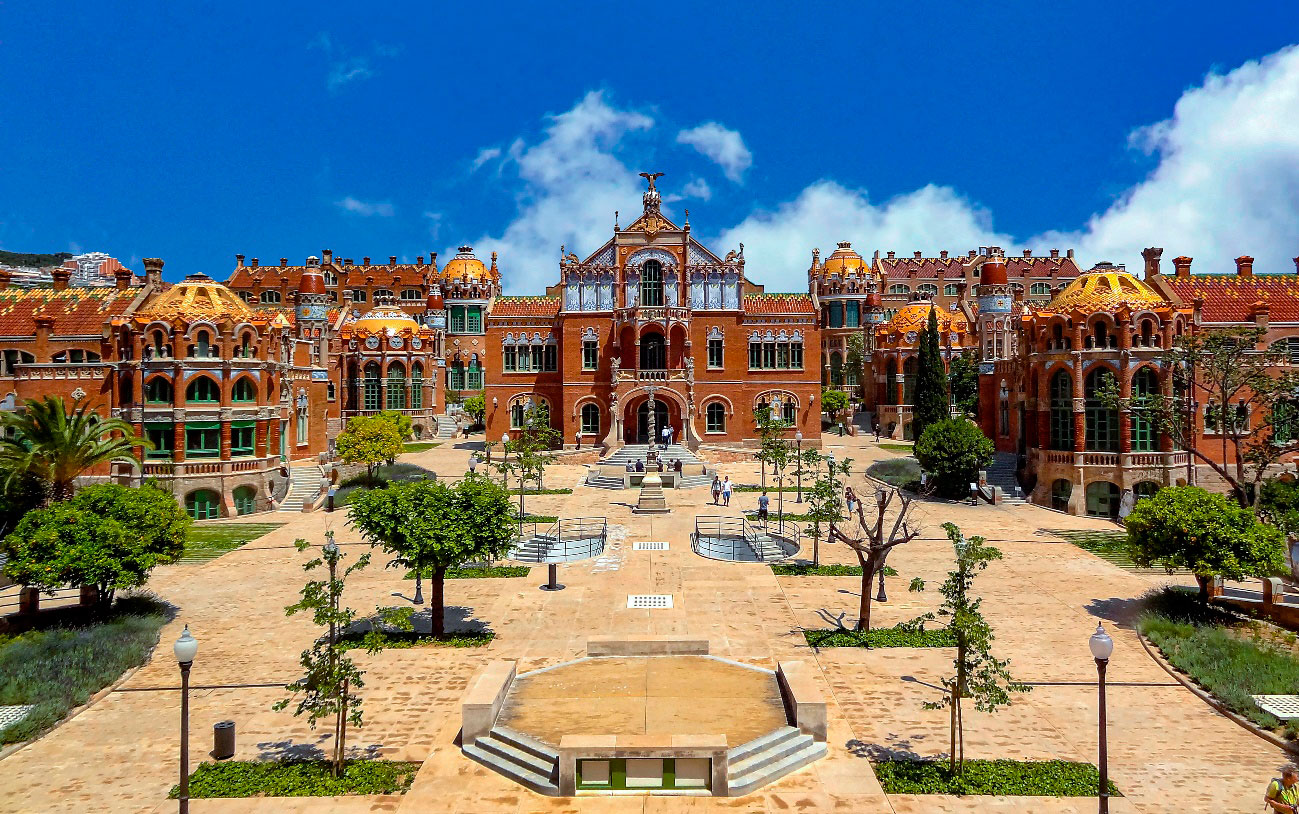 Built between 1902 and 1930, the Hospital de la Santa Creu i de Sant Pau in Barcelona is one of the most interesting modernist complexes in the history of hospital architecture.

Outside the historic city centre, it shows the evolution of hospital typologies, the connection with the urban transformation of Barcelona and the social impact of a complex of this scale.

The hospital is a modernist complex designed by the architect Lluís Domènech i Montaner, which was declared a UNESCO World Heritage Site in 1997. It is now an international benchmark.

Lluís Domènech i Montaner is considered one of the greatest exponents of modernist architecture. He worked on the Hospital de la Santa Creu i de Sant Pau until his death. He is the author of numerous architectural projects for public use.

He designed the Palau de la Música Catalana, the Editorial Montaner i Simón and the Institut Mental Pere Mata in Reus. The latter shares various aspects with the Hospital de la Santa Creu i de Sant Pau, such as the desire to integrate green spaces into health care environments.

This architectural project is the fusion of the Hospital de Sant Pau and the old Gothic complex of the Hospital de la Santa Creu. The site is located on the corner of Gaudí Avenue in Barcelona and is a huge, unique complex. The large construction greatly impacted the urban fabric of the time.

The Lluís Domènech i Montaner hospital complex was laid out at a 45º angle to the Cerdá extension and was built following its own urban grid. The site was conceived of as a small independent city within the layout of Barcelona.

With 145,000 square metres, the hospital site had an area equivalent to nine city blocks. The project originally envisaged 48 pavilions, but only 27 were built, 16 of which are modernist. 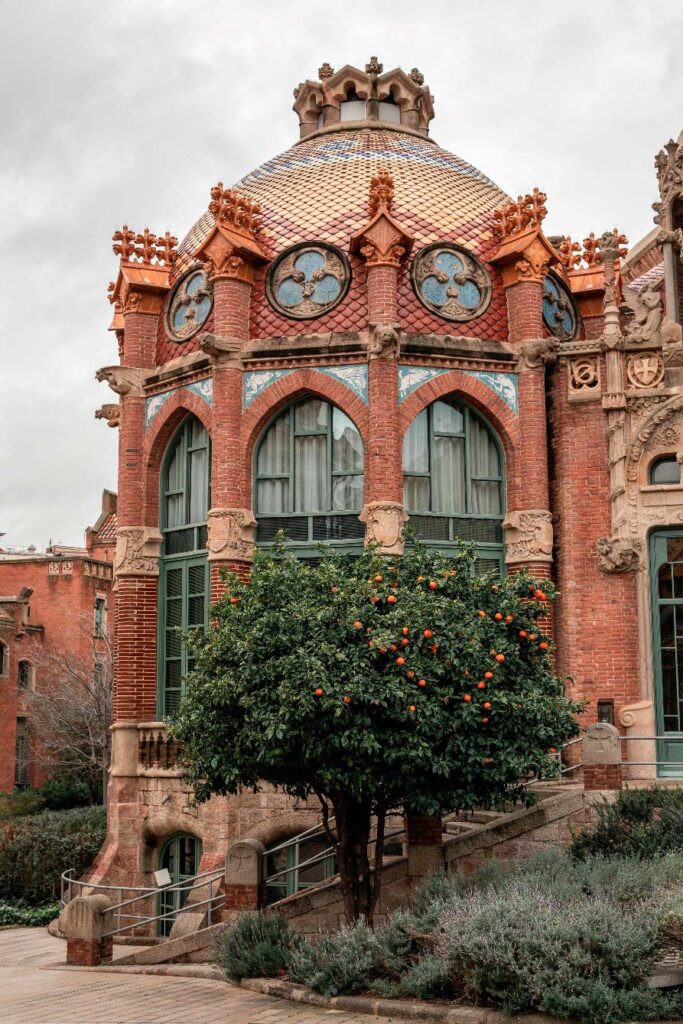 MAIN CHARACTERISTICS OF THE DOMÈNECH I MONTANER HOSPITAL COMPLEX

After carefully studying existing hospital typologies, and using the Pere Mata Institute’s study, Domènech i Montaner decided to base the design of the Sant Pau on the system of isolated pavilions and underground passages. Since the end of the 19th century, the block system had been introduced in hospitals. This model was used for the vast majority of modern hospitals that were built from that time onwards.

The main features of the hospital complex include the following:

The idea of unity of the whole is transferred to design choices at all scales reinforcing a single project concept. The materials used, the ornamentation and the construction system are homogeneous throughout the complex and define the image of a modernist icon. The pavilions follow the style with elements supporting brick arches.

The brickwork chosen for the facades defines the architectural language of the site. Similarly, the choice of colour and the textures of the roofs are characteristic elements of the project that reinforce its expressiveness.

And the gardens accentuate the colour scheme of the pavilions, creating connections to the outdoors and natural views from the inside.

A PRIME EXAMPLE IN THE HISTORY OF HOSPITAL ARCHITECTURE

Following the new sanitation criteria of the time, the modernist Hospital de la Santa Creu i de Sant Pau complex is an example of the integration of salutogenic aspects in architecture: ventilation, sunlight and the presence of and connection with the garden green spaces. All this makes the complex an undisputed prime example in the history of hospital architecture.