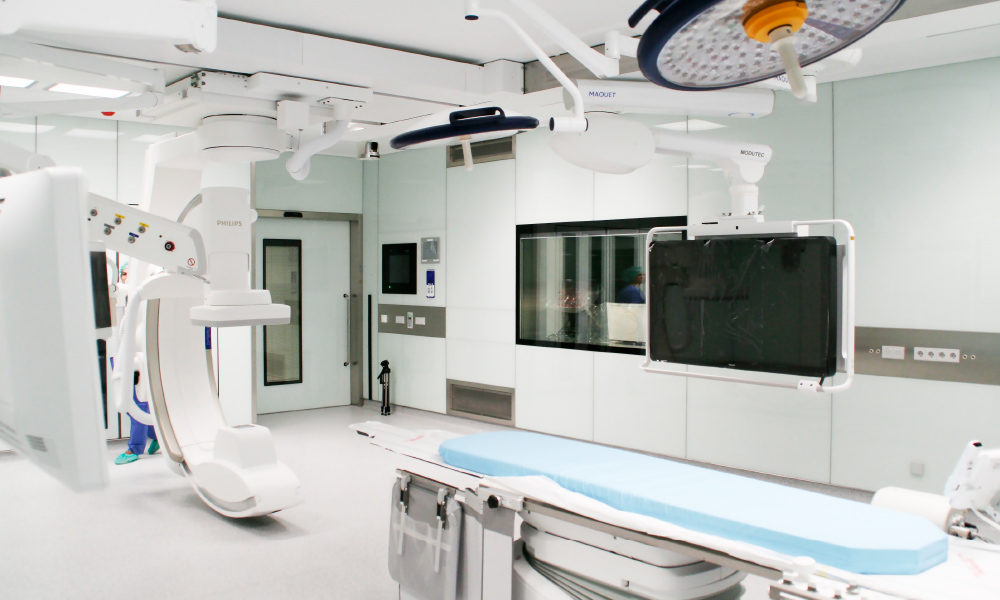 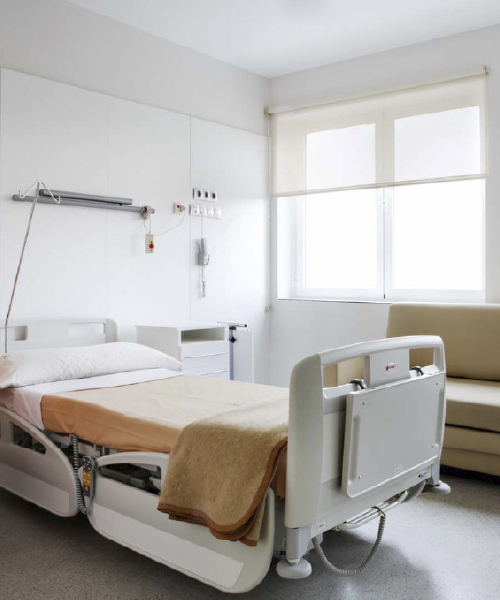 ENERO has been responsible for drawing up the managerial plans of the Fundacion Jimenez Diaz University Hospital since 2009, developing the ambitious comprehensive remodeling of one of Madrid ́s most important medical centers and downtown ́s most emblematic buildings. Ultimately, the large hospital complex will give off a homogeneous and singular image through full- scale renovations and modernizations, in order to benefit user well-being, building sustainability and efficiency, providing the city with a medical center in line with its needs and demands.

The building used to be a metaphor for the effects that urban growth and the dawn of the 21st century have had on medical buildings. The elevated demand that the hospital has witnessed, due to its prized downtown location, created an indispensable need for expansion. Similarly necessary was the modernization of its infrastructure in order to meet the Community of Madrid ́s technological standards, and finally turn this large center into a 21st century hospital, in which user well-being, technology, building sustainability, and efficiency are the top priorities.

This process implied the reform of all areas, with special emphasis placed on indispensable units such as access points, exam rooms, hospitalization zones, operating rooms, research laboratories, nuclear medicine rooms, etc. The process is being carried out in stages. Between 2009 and 2014, 50% of the building remodeling was completed, increasing total hospital beds by 30%. The second stage, begun in 2014 and still ongoing, involves an ambitious expansion of 20% of the total surface area, which would allow for another 33% increase in total hospital beds.

The steps undertaken by ENERO so far have resulted in significant improvements in the efficiency and daily dynamic of the hospital, turning it into a more modern and forward-looking building. As a result of these modernizations and top hospital management, current surveys suggest a 95% user satisfaction rate.

Olympia, the medical centre for care and health optimisation