THE COMPLEX TRANSFORMATION OF A PALACE INTO A LUXURY HOTEL.

ENERO undertook the restoration of the Pardo Donlebun palace and its grounds with the intent of converting them into a luxury hotel. The property, known as Trenor Palace, is located in the Asturian town of Figueras and dates back to approximately 1368. The building underwent various expansions throughout the centuries, with the most recent one being completed in 1930, and is recognized by the government as a Cultural Heritage site.

The process began with a thorough analysis of the property and how best to convert it into a 10-room luxury hotel. Our goal was to restore the building ́s original essence while reducing the negative impact of the previous modifications.

The structure is made up of two main bodies, about 20 meters in length, which bookmark a square-shaped central tower. Each flank consists of 2 wings which include 3 stories and an attic. The chapel and the entry passage, which opens onto Trenor Avenue, were also restored during the project.

Two of our guiding principles throughout the restoration were obscuring the installations and creating the level of comfort demanded by a hotel of this caliber, as well as the meticulous use of historically-accurate materials and construction techniques.

The main building, measuring 2,500 sq. m., is surrounded by a sprawling historic garden, which also underwent a design update. The east side of the 8,335 sq. m. property was emptied and its inclines were terraced in order to air out the building, while the west side slopes down onto the local fishing port, creating a breathtaking lookout over the Eo River. 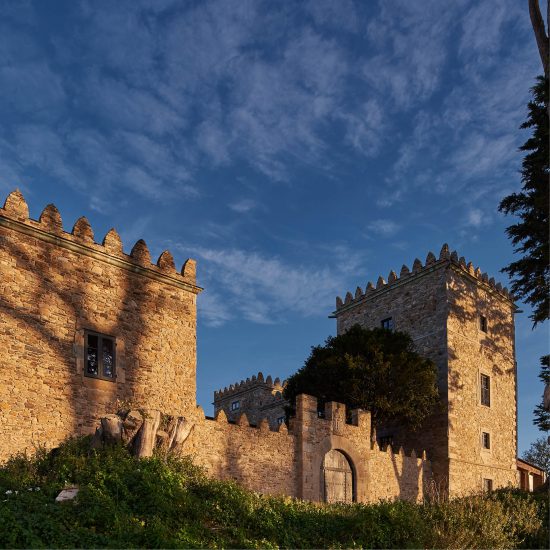